Trophy hunting contributes more to the conservation of wildlife in South Africa than any conservation fees or other tourism incentives.

Every day, local hunting outfitters and organizations receive a

number of hostile e-mails and phone calls decrying their contribution to the deterioration of endangered animal species, begging them to rather focus on animal conservation, or bombarding them with threats.

“We pour so much money into saving large animals in the wild and here you are hunting them to extinction. Humans will not be happy until there is nothing left,” writes Teresa from Australia.

“Wouldn't you derive as much satisfaction and money in helping to preserve endangered wildlife instead of trying to destroy it?” asks Melanie from the USA. However, as reiterated by Adri Kitshoff, the CEO of the Professional Hunters Association of South Africa (PHASA), what many anti-hunting lobbyists do not realize is that, in South Africa, hunting and wildlife conservation have become interchangeable.

BACK FROM THE BRINK OF EXTINCTION

“Without hunting there would be no incentive for investing in game, and without hunting many species in South Africa would already be extinct or on the verge of extinction,” says Kitshoff.

“We wouldn’t have white rhino today if it wasn’t for trophy hunting,” she says. Despite the relentless poaching epidemic, South Africa is still home to almost 90% of the world’s rhino population.

“Additionally, thanks to hunting, our sable, bontebok, wild ostrich, Cape mountain zebra, black wildebeest and many other species have been brought back from the brink of extinction and have successfully been reintroduced into areas where they had become locally extinct.”

Kitshoff compares South Africa’s current model for sustainable wildlife conservation to Kenya, which imposed a ban on hunting in the 70’s and has lost 85% of all its game.

“Kenya shows us what happens when there is no incentive for farmers to invest in game,” says Kitshoff.

“[Kenya] banned hunting and currently have a huge game poaching problem, so much so that some of their species face total extinction. Case studies from South Africa have shown that, as soon as the hunting of a species is allowed, it leads to the breeding as well as conservation of the particular species,” he argues.

It is a tough fact that, on the African continent, anything that does not pay for itself quickly vanishes. Unless wildlife earns its keep as a renewable resource, it is doomed.

According to the latest statistics provided by PHASA, South Africa

currently has an estimated 20.5 million head of game (approximately 16 million on private land and the rest on state parks),

“To put it into perspective, private enterprise owns three times more land and four-fifths of all the game, managed under hugely successful and effective conservation programs, than all the state-owned parks and reserves combined,” says Kitshoff.

A 2011 speech by former South African National Parks (SANParks) CEO Dr David Mabunda reveals much about the South African government’s perspective on hunting, and to what extent they believe it contributes to conservation and the economy.

“Hunting is an extractive part of ecotourism and it is for this reason that it is often argued by some members of the public, opposed to hunting, that photographic tourism is a non-consumptive activity and that it is, therefore, better than hunting. This is a myth. On the contrary, photographic tourism is a consumptive activity - it affects the natural footprint,” said Mabunda.

“There are people who criticize hunting, but have little knowledge of its contribution to conservation. Hunting is a component of modern wildlife management and it is often used to maintain a healthy population of animals where reserves are too small to allow natural regulation of populations or where hunting is a key part of the financial objective of the area.”

Mabunda believes that the contribution of hunting to South African’s protected area network, both formal and informal, is phenomenal, and that hunting is a key financial incentive that provided the initial short term capital to build photographic ecotourism.

THE EFFECTS OF HUNTING BANS

South Africa’s present situation is the complete opposite of Botswana, where large tracts of wilderness and national parks are spread over most of the country. South Africa’ national parks and game reserves have a limited amount of space, while human settlements continue to expand. If trophy hunting were to be banned in South Africa, as the Botswana government has decided to do in their own country, private land owners would stop investing in wildlife and divert their interests to cattle, crops or more financially viable endeavors. Effectively, banning hunting in South Africa would contribute more to the decline of certain animal species than it is currently widely believed hunting does.

Commercially, game numbers have surpassed cattle, which now amount to only 14 million. Substantial tracts of land unviable for photographic safaris have been reclaimed from livestock-rearing and farming use for wildlife conservation. The status of South Africa’s wildlife today is astonishingly comparable to 100 years ago, and conservationists maintain that this unparalleled development is highly attributed to the impact of trophy hunting.

“It just goes to show how sustainable trophy hunting is in South Africa and how well our natural resources are being managed,” says Kitshoff. “Besides creating incentives for our people to look after our animals by negating our competition with wildlife for land, it also injects much-needed spending and creates job opportunities in remote areas not considered part of the mainstream tourism circuit.”

Amongst the Big Five, prices are quite steep.

This means that there are not hundreds of people standing in line to shoot these animals. With the exception of buffalo, which breed as well as domestic cattle, the other members of the Big Five (lion, leopard, elephant and rhino) may only be hunted in South Africa under permit. Permits are issued by the government who, through continuous research and current statistics, including recommended quotas and data obtained from CITES and IUCN, strictly monitor population numbers and the impact of hunting. If data suggests there is a decline in population numbers, the government simply issues less permits during the following year.

Hunting tourists spent a conservatively estimated R1.072 billion in South Africa in 2013, an increase of 32% on 2012’s R811 million, according to the latest statistics from the Department of Environmental Affairs (DEA).

These numbers discount typical tourism spending, such as accommodation, dining, transport, shopping, and additional sight-seeing activities. Research conducted by the North West University on the 2012 hunting season revealed that, when these additional expenses are factored in, the economic value of South Africa’s trophy hunting industry increased by more than 50% (from R811 million to R1.24 billion in that year).

PHASA believes that the substantial amount of revenue is largely owed to South Africa’s unmatched diversity of wildlife.

“Today we have more international hunting tourists travelling to South Africa each year than to any other country on the continent. We have an unrivalled diversity of species, more than 45 major plains game species and all of the Big Five can be hunted here,” says Kitshoff.

“South Africa’s wildlife and conservation success story remains unparalleled anywhere in the world, and it’s almost entirely due to the safari hunting industry.” 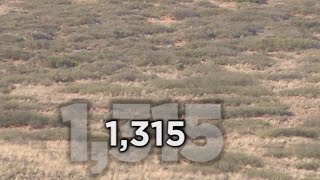 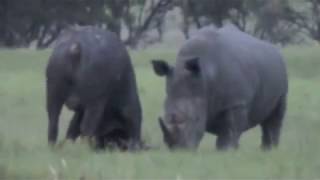